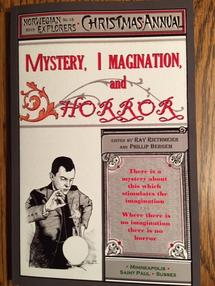 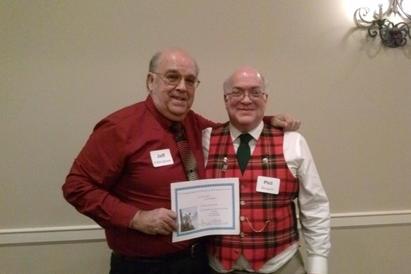 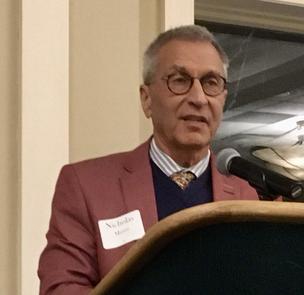 Vision of -- a Screen Writer!
Imagination > image. Visionary > vision. All have to do with the eye. In particular, the eye in one’s mind - and how it perceives things. Arthur Conan Doyle was obsessed with images perceived by the mind’s eye. Thus, we should not be surprised that his visionary imagination made Doyle the world’s first and foremost practitioner of the fine art of - screen writing.
Yes, I know. Doyle wrote books - both novels and short stories. He wrote stage plays, or at least collaborated on a few of them. But he surely never wrote a movie script, you say? Maybe not. My contention is that Doyle wrote stories as if he anticipated that they would appear on a giant screen.
For proof, we need look no further than The Adventure of the Speckled Band - the tale that Doyle himself rated as the best of his 56 short stories about Sherlock Holmes. Consider this narrative by Helen Stoner, the prerequisite damsel in distress: “It was a wild night. The wind was howling outside, and the rain was beating and splashing against the windows.” Is that not the prototype opening scene for a hundred spooky movies?
Then, “Suddenly, amidst all the hubbub of the gale, there burst forth the wild scream of a terrified woman.” The entire audience is now tingling with goose bumps, and teetering on the edges of their theater seats. Sure, it works on stage; radio, too. (As Timothy Johnson likes to say, “Sherlock Holmes is adaptable to ANY medium.”) But nowhere does it work as well as it does on a big screen. I maintain that Doyle knew that would be true!
Before I tell you how he knew it, let me cite just a few more examples from The Speckled Band: the moment that Grimesby Roylott bursts, larger than life, thru the doorway of the sitting room at 221B Baker Street; the second that Holmes and Watson, about to enter the manor through a window under the cover of darkness, are startled by the “hideous and distorted” figure of the baboon; the instant that Holmes “sprang from the bed, struck a match, and lashed furiously with his cane at the bell-pull” - ALL are “made-for-the-movies” moments, imagined and written by a superb visual storyteller!
There are similar moments as well, in every story in the Canon – more and more as the years went by. I’ll let you recall a few of those images for yourself. Now, it’s time for me to explain how Conan Doyle came to be the movie world’s first and foremost writer of scenes for the silver screen - and why I feel he ought to be recognized as such.
Four quick observations: (There’s another word that deals with the perception of images!)
First of all, Doyle fully understood the eye, and how it works. He studied it extensively - at an Eye Clinic in Portsmouth, with eye surgeons in Vienna, with the ophthalmology specialist Landolt in Paris. Doyle knew how the eye absorbed darkness and light, how it reacted to motion, how it relayed these impulses to the brain. Furthermore, he knew all of these things months before he published the first of the 56 short stories that made him famous.
Secondly, Doyle knew film. More than an avid amateur photographer, between 1881 and 1885, he had at least 13 articles published in The British Journal of Photography.* Beginning with his study of cormorants, when he repeatedly attempted to capture the very instant a flying bird becomes a dying bird as it is struck by shot from a hunter’s gun, Doyle grew increasingly interested in producing images that depicted motion – plumes of smoke rising from the stacks of a far-off steamer, the ripple of the water caused by a fleet of passing canoes, etc.
Third: Doyle extrapolates. From a tiny seed, he infers acre upon acre of bountiful crops. Take Bertram Fletcher Robinson’s report on the legend of a phosphorescent hound. Doyle saw its potential and ran with it. Once the seed was planted, he nourished it, embellished it, made it grow into something far beyond its original form – a perfect example of the Master making mountains out of molehills.
Finally, as a man of science, Doyle kept abreast of the latest developments in a variety of fields. He followed (and in some cases anticipated) advancements in blood analysis. He was aware of Lacassagne’s work in criminology. He knew of (though he mostly ignored) the rise of fingerprints as an important investigative tool. With his interest in optics, we can safely assume he was familiar with the work of Daguerre, Muybridge, Edison and the Lumieres.
I propose that Doyle foresaw the outcome of these gentlemen’s work even before they did. He knew the advances they were working on were not only possible - they were inevitable! That knowledge enabled Doyle, with his visionary imagination, to logically INFER the coming creation of the film industry. In other words, Doyle envisioned Hollywood - or something very much like it (perhaps in London?). Consequently, he wrote for it.
To my knowledge, he has never received credit for writing a screenplay. You have to admit, though: because of the way they were written, adapting a Conan Doyle story for the silver screen has to be the easiest job in show business! If hundreds of Sherlock Holmes movies aren’t enough to convince you, throw in the Jurassic Park films based on Doyle’s Lost World.
There’s a reason that Sherlock Holmes has been portrayed on screen more times than any other person. That reason is: because Arthur Conan Doyle was, first and foremost, the most imaginative and visionary screen writer in the history of film. Take that to the bank, Sherlock - and put it in the vault. That’s a wrap.

* Doyle’s two-part essay, After Cormorants with a Camera, originally published in the weekly British Journal of Photography on October 14 and October 21, 1881, was reprinted later that year in Anthony’s Photographic Bulletin. That makes it the first of Doyle’s written works to be published in the USA (Arthur Conan Doyle Encyclopedia @ arthur-conan-doyle.com) 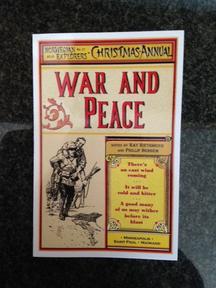 On December 6, 2018, Jeff Falkingham received a coveted Sigerson Award from the Norwegian Explorers of Minnesota. Jeff was cited for his "War of Words" essay about a feud between Mark Twain and Arthur Conan Doyle.

Jeff's essay is featured in the latest issue (pictured above) of the Norwegian Explorers' Christmas Annual., centered on a theme of 'War and Peace.' This publication is modeled after Beeton's Christmas Annual in which Doyle's inaugural Sherlock Holmes story, A Study in Scarlet, first appeared in 1887.. The award-winning essay appears below.

On December 5, 2019, Jeff Falkingham received his second Sigerson Award from the Norwegian Explorers of Minnesota. Jeff was cited for his essay on "Doyle's Imagination." Phil Bergem, VP/Treasurer of the Explorers, presented Jeff with his award at the local scion's annual British Buffet Dinner at the Minneapolis Golf Club, attended by nearly 100 Sherlockians from the upper Midwest.

Fitting for a year in which Jeffrey Hatcher was a guest speaker at the triennial Holmes conference at the University of Minnesota in August, and Nicholas Meyer (pictured above) was keynote speaker at the annual year-end gathering of Minnesota's Norwegian Explorers in December, Jeff's essay was titled "Doyle's Imagination Reflects Vision of -- a Screen Writer!"
The essay was featured in the latest issue (pictured above) of the Explorers' Christmas Annual., based on the theme 'Mystery, Imagination & Horror.' This publication is modeled after Beeton's Christmas Annual, in which Doyle's inaugural Sherlock Holmes story, A Study in Scarlet, first appeared in 1887. Jeff's award-winning essay appears below.

​“War of Words”
by Jeff Falkingham