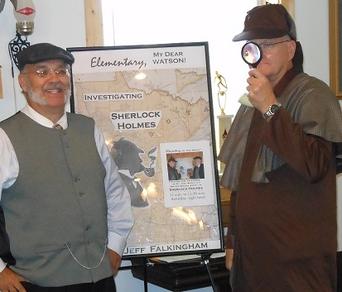 3) The talented Red-Throated League (including guest stars) wrapped up the conference with a rousing old-time radio production of Hound of the Baskervilles. 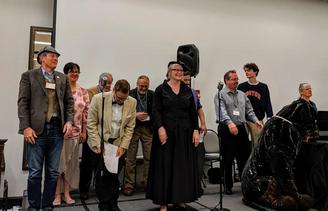 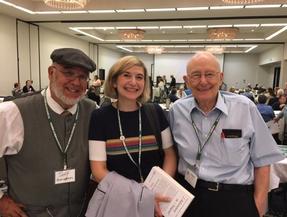 Jeff Falkingham is pleased to announce that he will participate in a Books and Beer Pop-up Bookstore at AZ Gallery, 308 Prince Street in Lower Town St. Paul from noon to 5 p.m. Saturday, December 18. He'll have copies of MURDER in Minnesota! Two Sherlockian Tales and Focusing the Lens on Doyle and Holmes, as well as his new Discussion and Study Guide.  Autographed books make GREAT gifts. Stop in to do your last-minute holiday shopping!

​Photos below are from the triennial Sherlock Holmes Conference in Minneapolis in August of 2019.

Jeff is joined by Jeff Lubbers of Watertown, SD, for a program at Wing & Fin Resort on the shores of Lake Traverse in western Minnesota 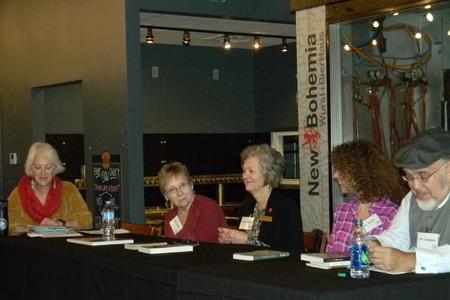 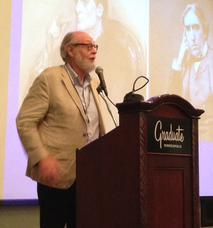 PHOTO: Jeff on Mystery Writers Panel with Twin Cities Chapter of Sisters in Crime at Deep Valley Book Festival in Mankato, October 2018. (Yes, as you can tell from the pillar behind the stage, it was held in a brewery!)

I Hear of Sherlock Everywhere!

Jeff Falkingham has conducted Book Talks at over 100 venues. Here are a few of the highlights:

+  In March 2011, he helped a middle school librarian in SD win a Jan Stauber grant from the Beacon Society.

+  In November 2013, he performed at nine different cities/towns in the Kitchigami Regional Library System.

+  In April 2015, he provided the keynote address for the District Convention of the GFWC of west-central MN.

+  In December 2019, he was guest speaker for the Twin City 'Sisters in Crime' holiday gathering.

In 2020, Jeff took advantage of idle time (due to the Covid-19 pandemic) by launching his own self-publishing business! Here's his imprint logo, created by FASTSIGNS, Inc. of Eden Prairie, MN.