​      It’s November 1886 in the tiny frontier town of Browns Valley, Minnesota. A pioneer family’s idyllic life is suddenly disrupted by a series of discoveries: Six dead bodies, each hanging in a tree, with a letter burned into their forehead by a branding iron.

What do the letters spell? And who is the killer?

​      Even the great Sherlock Holmes is baffled---until a 12-year-old frontier lad named Petey Smith, and a pair of mixed bloods called Iron Will and Muley, come to his aid. The history, geography and cultural diversity of the Minnesota River Valley are intertwined with tales of political corruption, deceit, vengeance and murder in this intriguing blend of fact and fiction. (See bottom of page for NEW 'Discussion & Study Guide' for Caper.​)​ 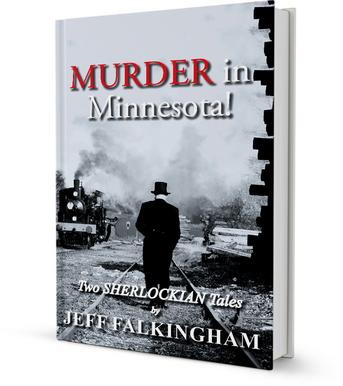 is a 2-in-1 bundling of Jeff's two earlier

works of historical fiction (as described

below). Get TWO adventures for 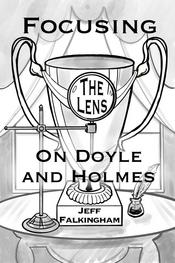 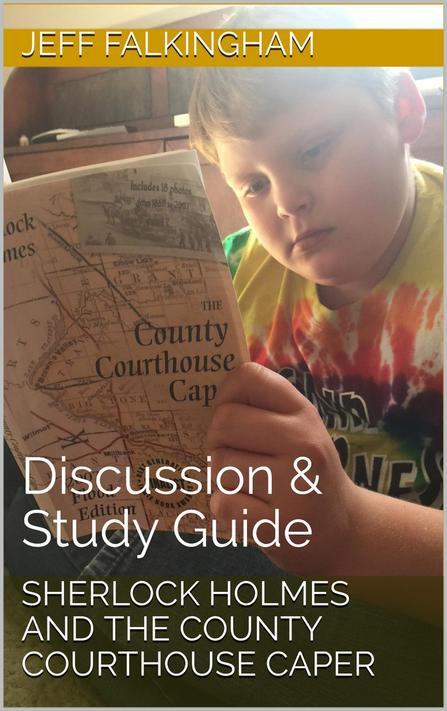 “Other entries include observations and explorations, TV, film and book reviews, scholarly studies, epiphanic events and more. An extra chapter at the end tells the history of Holmes in light-hearted limericks that hit all the highlights of Doyle’s beloved Sherlockian Canon. Part memoir, part marketing tool, all marvelous fun, with enough pictures to start a scrapbook. Whether you’re meeting Holmes and Doyle for the first time or are a lifelong fan, you’ll find plenty to pique your interest in this clever collection.”
In Paperback or eBook  HERE

Sherlock Holmes: In Search of the Source

It’s December 1896 in the booming capital city of St. Paul, Minnesota. Amid thousands of German, Irish and Swedish immigrants, Sherlock Holmes has returned to America to attend the wedding of Peter Smith, whom he’d befriended 10 years earlier in the case of the County Courthouse Caper.

​     Suddenly, there are complications: An overnight fire. A life’s work destroyed. And worse: A dead body. The only clues? A pair of boot prints. A mysterious fuel. A missing sword. Eventually, a member of Peter’s bridal party is implicated in arson---and murder. Now, Sherlock Holmes must race against time, and an overzealous police detective, to solve the crime, before the nuptials can proceed.​